An orientation guide for baby #2

I shall refrain from using your given name because I am slightly superstitious about calling fetuses by name, and because there is still a chance that your dad and I will let your brother have the final say (in which case this letter’s salutation would read “Dear Lightning McQueen”).

With your scheduled release now a mere two months away, I think it’s a good time for you to familiarize yourself with your soon-to-be family and prepare for life on the outside. I’m not going to sugarcoat it for you: Your brother has depleted most of our energy and patience, so your success here is going to depend on your ability to keep your head down and your nose clean (literally).

ABOUT US
Mommy: The one whose uterus you’ve called home for the past 30 weeks. You’ll find that I’m more attractive on the exterior—though I might not be looking my best when we first meet. But let’s be honest, neither will you.

Daddy: The one whose body does not produce delicious milk. Try not to hold it against him; he’s actually a pretty great guy. He likes to wrestle and he’s really good at doing the voices in bedtime stories. Just be warned: He is not as easy to manipulate as I am.

Big brother: The one who got here first, the one whose stuff you will inherit, the one who will look out for you in the world and torment you at home. He’s also the one to whom you inevitably will be compared, though we will try really hard not to do so in a way that causes permanent psychological damage. (We do occasionally joke about how fun it will be to mess with you by saying things like, “Why can’t you be more like your brother?” Our sense of humor can be harsh. You might as well start getting used to it now.)

Lily: The small, furry one. She was rather put out by your brother’s arrival, but after two and a half years she has developed a grudging tolerance of him that is truly beautiful to behold. I’m not sure how she’s going to feel about a second baby. You might want to bring some treats.

ACCOMMODATIONS
You’ll be rooming in with your dad and me at first, but when you’re ready you’ll be moving into your very own room! Your crib is a simple contemporary design made of pre-gnawed wood, and the matching changing table is filled with adorable, pre-stained baby clothes.

*Because you are new, we will provide late-night, middle-of-the-night, and early-morning feedings and care as needed. But we strongly encourage you to get with the program as soon as possible. I was too much of a wimp to sleep train your brother, but I’m not afraid to try it this time around. (See first entry under ‘Suggested Reading’.)

BEING A SECOND CHILD – WHAT TO EXPECT
It’s like this: You’re not going to have a lot of new stuff, but stuff (new and otherwise) is overrated and it will be quite a while before you even know the difference anyway. Your nursery does not have a theme. I haven’t spent countless hours daydreaming about what it will be like to have you around because I have been too busy taking care of your brother, and also because I already have a pretty good idea of what things will be like. This doesn’t mean we’re not excited about having you; it’s just a quiet, sober excitement.

Just know that being first isn’t always the best.* The first gets a lot of attention and lots of new things, but the first is also prone to First Pancake Syndrome—they often come out a little misshapen and are usually either under- or overcooked. Just look at your dad and me: I was the first of three, and I require heavy sedation in order to fly in an airplane. Your dad was the last of three, and he rides motorcycles and says things like, “It is what it is.” 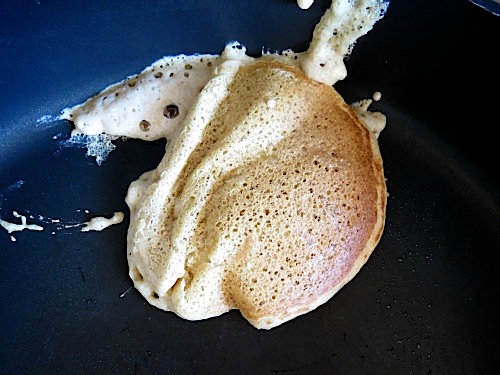 In short, I’m sure we will screw up you and your brother in various ways, in spite of our best efforts. But we will love you unconditionally, as long as you do what we say.

*Unless you are Prince George.